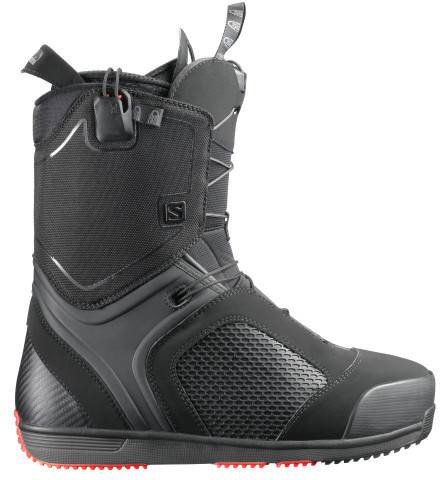 The Salomon Pledge boot is for those that want a response but still want the boot to flex a little bit.  Their lacing system is close to the best if you don’t count speed.  It has more adjustability than almost any other speed lacing system on the market and can be repaired rather easy if it breaks. The Pledge has what most would call an articulating cuff at the ankle.  The ability to flex without losing its shape makes for a long lasting resilient ride. The pledge can run a bit on the narrow side, so if you have wider feet you might want to look elsewhere. Salomon can be a bit uncomfortable at first but the Pledge does a better job of welcoming you to the boot than other Salomon boots. The biggest complaint about the pledge is it runs really large on the outside or the footprint. It’s actually larger than most boots in the industry so you are getting a big bulky boot on the outside.  The 2011 and 2012 are pretty similar and aside from a few minor refinements, there isn’t much difference between them.  2013 has a new lacing design that makes it a little easier to lace up while still maintaining excellent upper and lower adjustability.  There is also a more freestyle focused sole made for more of a skate shoe feeling. The 2014 is pretty much the same as the 2013.

We try to get as many images of the Salomon Pledge, but forgive us if they're not all there.