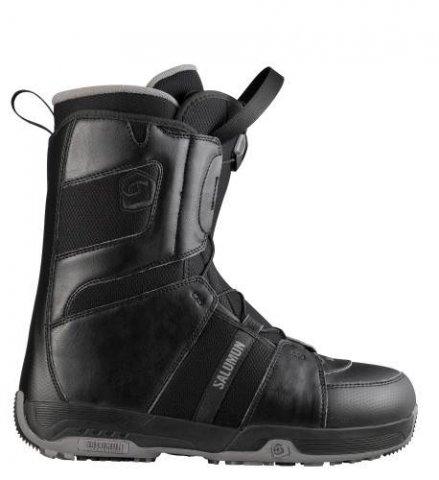 The Salomon Echelon is a well-built beginner boot but it’s still a beginner boot that is just a bit better than renting.  This speed lace isn’t like the higher end Salomon boots. The good part is it laces up really quick with one pull, but the bad part is you have no control over adjusting the upper and lower. Also, Salomon completely ignored reducing the footprint with their non-F-Series boots and they now run on the longer/bigger bulky side of the industry. Many boots the same size are over 1 size smaller on the outside. If you run in between sizes and want to size down then this isn’t the best boot.  If you aren’t picky about upper and lower lacing and want a boot that isn’t a smelly rental, this is a good forgiving ride.

We try to get as many images of the Salomon Echelon, but forgive us if they're not all there.