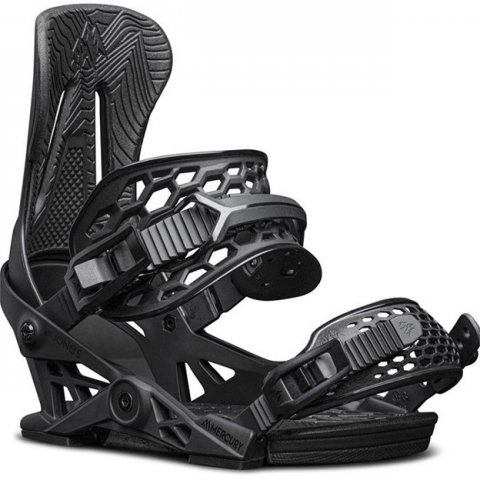 The Jones Mercury is all about a damp cushy ride with smooth response. Its not ideal for soft sole boots but great for hard sole boots. 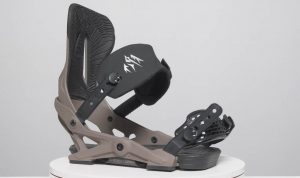 2.0lbs and on the lighter side of medium.

Pretty medium with a good twist to it and a little give in the top.

None. There is literally no way to center your boot in the Jones Mercury. It makes for an off centered fit if you aren’t in the middle of the sizing recommendations. You can slide the disc a little bit to center the binding on board but that is about it. You have pre-rotated highbacks, forward lean and strap adjustability.

Almost none. The channels are very short so its mainly there to adjust from edge to edge and not tip to tail.

The toe strap of the Jones Mercury slid off our boots which were faux leather but the ankle strap did a great job. Super supportive but soft without any pressure points.

Pretty good and does what should without bringing anything good or bad to our attention.

The Jones Mercury is pretty smooth and has a very medium/slow to medium response. It is great if you like to point it and want a nice stable smooth straight line. It eliminates any accidental micro adjustments. What is also cool is the dampness allows you to keep your edge set in a turn better than some bindings so to some it will be more responsive because of that.

Even with the softer bushings this doesn’t have the flex underfoot for easy buttering. What we like though is the binding stiffens up the board underfoot and makes it feel more damp without feeling dead either.

This is where the Jones Mercury shines. It is soo damp and a great binding for those who ride off piste or in uneven terrain a lot. The rubber bushings take away a ton of chatter and the soft EVA footbed make it excellent for shock absorption. Its great at slow to high speeds.

There is one problem we have with the sway bar. It doesn’t have a protective plastic plate above it. So if you ride softer sole boots you can feel a lot of strain on your arch. If you have a stiffer sole boot you won’t notice.

So the Jones Mercury isn’t for everyone but some will absolutely love it. If you don’t mind the lack of adjustability and have a stiff sole boot you can get an exceptionally damp smooth riding binding.