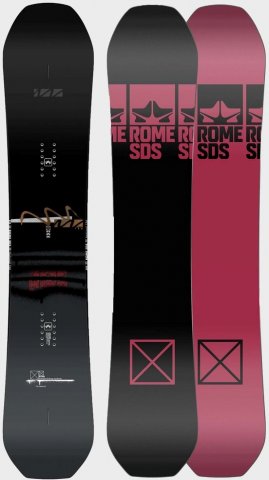 Turn Ons/Swipe Right: Very versatile one board quiver that pops pretty hard.
Turn Offs/Swipe Left: Not much I can think of.

The Rome National is a very well balanced one board quiver for those that like air, ride centered on groomer days but want some setback on board in powder. 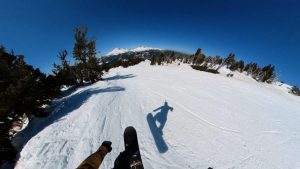 I rode this same day with the Jones Mountain Twin and Mercury with Union Atlas and Burton Kendo’s. Then I rode it same day as the Rome Stale Mod and Agent. The next day against the Stale Crewzer, Warden and Freaker to see how it sat on the Rome riding spectrum. Then I rode it with Rome Vice and Katanas.

The Rome National feels a little on the light side of normal and a touch lighter than the other 158’s from Rome I had for demo.

The Rome National felt pretty good at 158 but I’m pretty sure the 156 would be the size I would want to own.

The Rome National is a a directional twin with a nose a little longer than the tail but on sidecut it feels very much like a true twin. It might be a touch on the twinish side but I’m splitting hairs here. The camber profile has a pretty prounounced camber under foot. Then a mellow early rise that rises up a little more when your weight is on it. It is pretty easy to skid turns and get off your game but it isn’t as easy as some hybrid camber rides. Still a confident intermediate could easily ride this.

The Rome National has a very dynamic and poppy flex that loads up pretty well a little after the bindings. The early rise is so mellow it’s almost like a flat spot that allows you to pop out of the tip/tail pretty well. It sits a little on the lighter poppy side so it can get a little bucky in hard micro bumpy snow or wet messy snow than other boards in Rome’s line but it’s still very manageable. I never felt it was cranky or passed up that chatter into my joints. It is a very competent all day/all condition resort ride.

The Rome National base has a good glide to it when well waxed. It’s almost there with the Jones Mountain Twin and other high end bases. The board can point it pretty well and tracks well on short straight lines.

I was pretty impressed with the Rome National’s edge hold. It grips pretty well in hard morning spring snow and it’s close to many boards with mildly disrupted sidecuts.

So I felt the 158 was on the medium side for initiating a turn but once it’s on edge I liked the balanced turning radius. I think it’s a touch wide for my size 9’s at 158 so it felt a touch slower than medium fast but when on edge I could make any kind of turn I’d like without the Rome National complaining. It didn’t have the pop and drive out of a hard turn like the Stale Crewzer but it was really fun and rewarding to turn. I liked it better than the Jones Mountain Twin and more so than the Capita Mercury.

Very doable switch when centered on sidecut for riding switch. It tracked well into jumps and I think I would like the 156 a little better in the pipe but overall it’s a great board for jumps and pipes. Little bucky for jibs for average riders like me.

So getting to compare the Rome National same day against the Jones Mountain Twin and Mercury really helped me see what a fun ride this is. I find this to be a very recommendable one board quiver. Especially if you like getting air.

The Rome National has a technical mostly camber one board quiver thing going for those that like a camber dominant feel with a lively flex underfoot.

Sizing: The 154 worked for my boot size fine but I would have preferred a 156. Seems like they have most regular and mid/wide sizes covered.

Flex/Buttering: The flex is medium in the shop and on snow. It took some work to butter the Rome National but it’s not unobtainable with a little work. If you come from full camber it will be easy though. There is pretty dynamic pop underfoot and it takes a little work too.

On Snow Feel/Ability Level/Skidded Turns: The Rome National feels a little locked in but not terrible. Kind of borders on the stable side but it could catch a lot easier than many hybrid shapes out there if you get off your game. It tracks really well when you one foot and flat base.

Edge Hold: Pretty solid edge hold and it held anytime I punched through the soft snow and hit that block. It’s really good for a more traditional sidecut that doesn’t have any visible disruption.

Turn Initiation: Not as fast as I expected. There was a little delay turning the board edge to edge but you could get it to turn easy enough. The Rome National likes to track straight and doesn’t have that quick turning personality. It might be a little faster if the snow wasn’t so sticky though.

Turning Experience/Carving: Even in the crappy snow you could feel the Rome Nationals potential to be a good carver. I wish I had good conditions to really lay into it.

Powder: No Powder to speak of but at least the Rome National has a little bit of setback on board even though the stance is centered on sidecut. At almost a 22″ stance width you can set it back about 1.5″ back on board (3″ difference between nose and tail).

Speed: All that pop comes at a little expense of being super damp at speed. It chattered a bit but you can point it for sure.

Uneven Terrain: Even though it was slow edge to edge it turned well enough through bumpy and messy thick snow. That’s pretty much all I had and the Rome National could handle it. There are better uneven terrain boards but I didn’t want to call it a day like I would with some boards.

Switch: Very doable either way even though it wasn’t perfect.

Getting Air/Park: The Rome National can pop hard and it likes getting air more than just about anything else in the freestyle world. If you want to really get into lapping the kicker line this is a great choice. It tracks really well into a hit and lands well too. It worked well enough in the pipe too but shined more getting air. Didn’t feel like much of a jibber.

We try to get as many images of the Rome National, but forgive us if they're not all there.