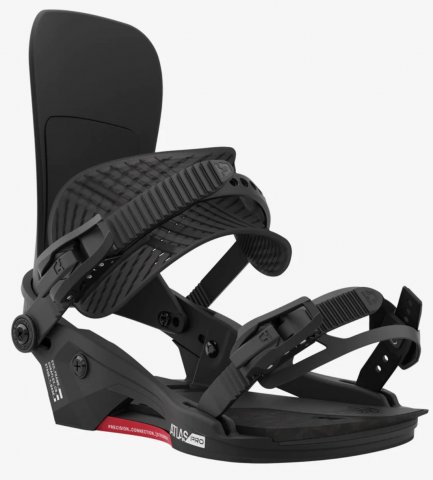 Turn Ons/Swipe Right: A little faster response than the Atlas.
Turn Offs/Swipe Left: Not as damp as the Atlas.

The Atlas Pro has less of a damp/shock absorbent ride than the Atlas but it does offer a little stiffer more responsive ride too. 2.2 Lbs with the screws and discs in. That is the same weight as the Union Atlas on my scale. The Atlas FC weighed 2lbs even. My scale isn’t perfect but it’s a pretty good estimate of what the Union Atlas Pro weighs.

The Union Atlas Pro has a stiffer flex than last year’s Atlas but the same as this years 2023 Atlas. I wish the regular Atlas had a softer flex and this the same flex. 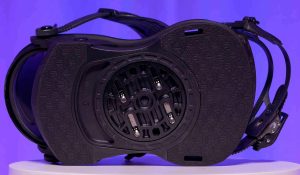 The Union Atlas Pro and Atlas have a pretty similar flex underfoot. It makes the board a little stiffer than mini-disc bindings like the Falcor without making the board feel dead.

The Union Atlas Pro has very quick response. The Atlas is no slouch either but this is a little quicker. The Atlas FC is even faster but each time you bump up from the Atlas you loose dampness. So it’s a balance between response and having a comfortable all day ride.

None of the Atlas bindings, including the Atlas Pro, have the shock absorption of the Union Force with all that softer EVA foam. The rubber helps keep the Atlas Pro pretty damp underfoot and quiet down the board but the gas pedal/base plate has forged carbon and it makes the binding less damp than the Atlas. The Atlas Pro is a lot better than the Atlas FC though in terms of being damp but I still prefer the easier all day ride of the Atlas. 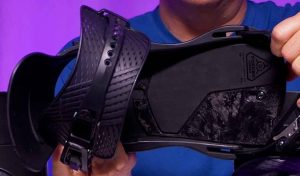 Love the ankle straps and toe straps of the Union Atlas Pro. Better than the Atlas for sure. They have a lot of support but also don’t totally lock you in if you want to play around. All the Atlas straps are exceptional. 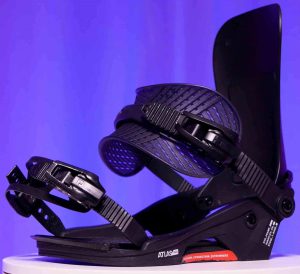 The ratchets are smooth and very durable. Some of the best in the industry. I just wish the Atlas Pro’s ladders were thicker like they used to be on all Union bindings. These days they are thinner and aren’t as easy to get going with one hand as they used to be.

There is no difference between the Union Atlas Pro and Atlas when it comes to adjustability. This is great because the Atlas is one of, if not the most adjustable binding out there. You have an adjustable gas pedal, adjustable heel loop, high back rotation and tooless straps. You can center just about any boot in the binding and then center the binding/boot on your board.

You also have discs that slide either way incredibly well. This is great for those that want to slide the discs tip to tail to get an almost infinite amount of stance width adjustability. I can always get the stance width I want with these Camber Discs.

So for me the Atlas is still the binding I prefer but if you want a little more response at the cost of some dampess these could definitely work for you.

We try to get as many images of the Union Atlas Pro, but forgive us if they're not all there.