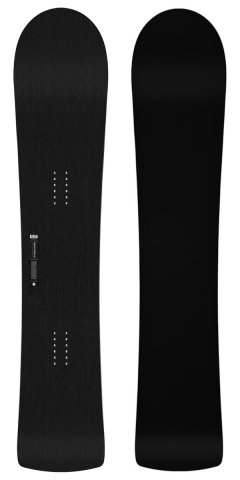 The Korua Bullet Train is no mellow/light Plus model in Korua’s line. It’s titanium core makes this even more aggressive than all their other boards. This is a great board for those that want a board for morning high speed turns on perfect groomers or harder days. It’s not really an all day ride and it’s best to put it away when the conditions start to change mid morning.

Similar Boards (but not the same): Korua Cafe Racer

Feels like it’s on the border between being super light and being normal. All boards don’t weigh the same so it’s hard to say. It doesn’t have that ultra light feeling that the rest of the Plus line has.

Korua defies logic with the sizing. This wide 160 works for us and it felt like the right size for our weight. The Korua Bullet Train even works with our size 9’s really well. I think an ideal size boot would be 10-11 US if you want faster turn initiation.

The Koura Bullet Train is mostly camber with a little early rise in the tip/tail. It’s not mellow or forgiving and has a little more consequence than the Float camber models. It requires a really directional stance with your back foot positive for this to work. It also prefers a narrower stance width than you might normally ride.

The Korua Bullet Train needs a strong rider to access this pop. It took Peter all he had to make it bend the way it did in the vid. and the flex borders on being full on stiff.

There is a very fast but wax hungry base that has real good glide. The Korua Bullet Train can also handle high speeds without chattering. If you like to bomb and carve this is the best option in Korua’s line.

The grip on the Korua Bullet Train is a little above the rest of the Korua line and holds it’s edge in well at higher speeds in clean conditions. It’s not a bad board to take out if the snow is going to be hard most of the day.

It’s not that quick edge to edge and when the sidecut is fully engaged it doesn’t turn a tight circle without a lot of leg strength. It likes higher speeds to get this to turn and it’s pretty much the opposite of the more circle carve friendly Korua Dart.

If you like big open high speed turns then this will work for you. The more speed into the turn the better. It’s not for those in a chill mood. The combo of Rage Against The Machine and The Korua Bullet Train could lead to a hospital visit beyond the average insurance policy.

We didn’t get this in powder. It is probably the last of the boards In Korua’s line I would grab on a powder day. That being said, it’s a Korua board and all of their line does better than you would think in powder. I bet it wouldn’t be too bad

So the Korua Bullet Train isn’t for everyone but sure does a great job at high speed carves for expert riders.

We try to get as many images of the Korua Bullet Train, but forgive us if they're not all there.