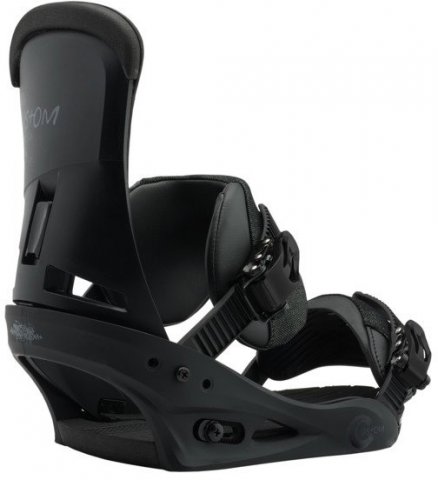 The Burton Custom Re:Flex has been around almost as long as Burton and although it’s not the top binding, it’s still pretty solid for the price. The Custom is one of the most reliable beginner/intermediate bindings you can buy, and it can take you a good distance past intermediate if you’re on a tight budget.

How This Review Happened:  We had a couple of laps at a frantic manic demo day but had lots of time on this binding over the years.

Similar (but not the same) Bindings: Union STR, Flux PR,

Even if it The Burton Custom Re Flex changed this year from the Burton Custom Disc and that is a great thing. It doesn’t have the plush ultra light weight, super responsive tech of the higher end bindings in their line up it’s still hard to not recommend the Custom for people in this price range.

The 2015 Burton Custom Re:Flex changed up the high back and it’s a bit more responsive than previous years. The high back is similar to the old Cartel and Mission bindings. It’s not as responsive but it’s another nice hand me down improvement that makes this a great binding for the price.

2014 Burton Custom Re Flex: Finally Re:Flex trickled down to the lowly Custom and that makes this a much better ride than the previous models.  We prefer the Restricted Custom binding because it has a better ankle strap but for 2014 the Custom finally has Re:Flex tech so it’s pretty close these days. Still both offer a good flex underfoot for better butters, presses, ollies ect. It makes the board you attach them to feel like its a little more soft and playful. There is also a nice bump in shock absorption because it has a lot more foam in the heel. This is a much better smooth riding binding so get this over all other models.

2013 Burton Custom Binding: Burton usually changes up the tech in the Custom every season. The 2013, however, is similar to the 2012. We expect it to get some hand-me-down tech from the Missions next year. We’d especially like to see Re:Flex tech trickle down to this price point so it offers better flex under foot. It features an older base plate that has some cushioning in the heel and toe, which is ok for the price. But there’s still a huge difference between these and the Burton Missions or the Burton Custom Re:Flex. There is now a clear division in terms of performance when it comes to Re:Flex bindings and non Re:Flex bindings. The custom always has a hand me down high back, straps and base plate that usually comes from last years Mission. This year the Custom has the old dead spot base plate where most Burton boards now have a Re:Flex binding that makes almost everything better about your ride under foot. It’s now just not as good as the other bindings when it comes to buttering and playing around with your board.  This still isn’t a bad binding but most riders will appreciate Re:Flex tech a lot more.

2012 Burton Custom Disc Binding: The Custom inherited a high back very similar to the 2011 Burton Cartel, but the base plate is pretty much the same as 2011. The toe and cap strap are slightly different but still close to the 2011 straps.

2011 Burton Custom Disc Binding: There is some trickle down of a high back similar to the 2010 Burton Mission. The base plates are pretty much the same. In 2011 they added an EST option. The toe strap and ankle strap are about the same as 2010.

2010 Burton Custom Disc Binding: The Custom Received a high back very similar to the 05/06 Cartel and previous models of the Mission. Even if it doesn’t have the plush, ultra-lightweight, super-responsive tech of the higher-end bindings in their line up, it’s still hard to not recommend the Custom within its price range. The Custom will last a long time, is very dependable, and one of the longest made bindings in Burton’s line up. The response keeps getting better every year and Burton keeps making the Custom better. It’s trickle-down but it’s still improvement.

We try to get as many images of the Burton Custom, but forgive us if they're not all there.