The GoPro Hero 4 Session is the smallest cam in GoPro’s line and although it doesn’t have 4k it does pretty good with 1080p.

Like all GoPro’s the Hero 4 Session has a great app that works well with my Samsung S6 Active. The video quality is good and like the other GoPro’s the battery life could be better. The new smaller size makes it easier to side mount on your helmet which is better but for us, the best way is to use a pole so you can film yourself as well as others.  The only real complaint I have is the WiFi doesn’t turn off when you turn off the camera and it drains the battery overnight.  So the first time I charged it before I went to sleep I woke up with a dead battery and couldn’t test it.

The best proof of how the camera works is in the video so here are some samples so here are some of the major formats so you can check it for yourself.
Video quality is good but nothing exceptional and I would only use 1080p/60fps and Superview.  I personally think that 4K is just too much space and not quite ready for prime time since most people are just getting to 1080p so this is more than most will need.

1440p 30fps (Super View)- This is unique to GoPro cameras and a really good idea for those that want to use a shorter monopod to film themselves. 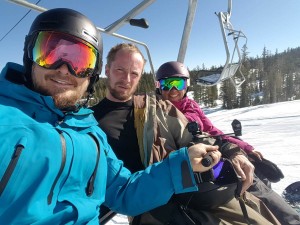 Now here is a comparison of the Sony Mini Cam vs. the GoPro Hero Sessions in a few common formats.

We found the Session to have the same problem in snow that the other GoPro cameras have and that’s the kind of rose tint to the snow where the Sony Mini Cam captures the snow and surroundings closer to the way we viewed it. All of us preferred the Sony with standard settings but both were more than good enough to chronicle your day on the hill.  We have found that GoPro’s do have a better looking video in water.

Here is a comparison between the GoPro Sessions at Medium angle which is best for filming others vs. the Sony Mini Cam’s Image Stabilization setting which is the equivalent to GoPro’s Medium angle.

So all in all the Go Pro Hero 4 Sessions isn’t a bad little camera and although the auto settings aren’t the best for snow it will be a good choice if snowboarding is one of many sports you do.  If you are primarily filming on snow the Sony Mini Cam is more accurate and appealing.

We try to get as many images of the GoPro Hero 4 Session, but forgive us if they're not all there. 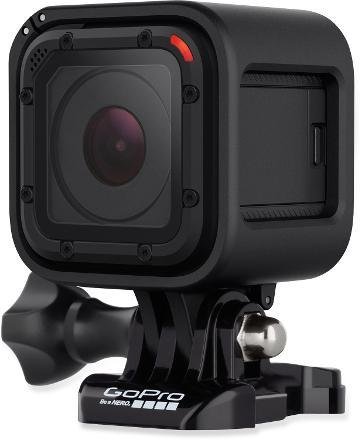