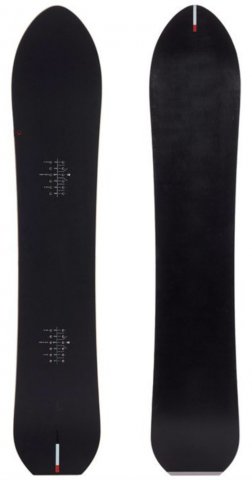 The Nexus from Season comes with a slightly surfy, freeride type style that likes to ride all over the mountain. It is tapered and directional with a wide waist width that will let you float in powder. Likes to carve turns, and explore just about anywhere.

I tried the 148, it honestly felt a bit big for me. I just make the weight range and boot size for this length. Something a bit smaller like a 143 would have felt much more appropriate for my size. I feel like I needed to be a heavier rider, or have a little bit bigger boot to fully enjoy the Nexus I a 148. The waist width can definitely accommodate those that are looking for a mid wide to wide board. (waist width 247mm on the 148)

Flex/Buttering: The Nexus comes with a medium to medium/softish flex. It was medium difficult to butter for me. But it has a nice mix of that semi-playful flex and being stable at higher speeds.

On Snow Feel: The Nexus felt semi-locked in for me. It has positive camber between the feet, rocker on the nose, and slightly less rocker on the tail. The positive camber keeps it feeling mostly connected to the snow, and it rides stable when sliding with a flat base. The waist width is definitely wide. This effected how quickly the Nexus turned for me. It came out a lot on hard pack and ice. But I noticed it less in softer groomers.

Edge Hold: The Nexus can hold an edge on hard pack and ice. It is less than a board that has some sort of sidecut disruption. But it does pretty well in icy conditions.

Turn Initiation/Turning Experience: In softer groomers and good snow, the Nexus felt medium fast to turn for me. On hard pack and icy snow it felt medium/slow to turn. I felt better at higher speeds as well. The Nexus did great when carving and riding with a higher edge angle. It also wasn’t too bad when making skidded turns, just a little more difficult when the snow conditions were harder. I felt like the Nexus wanted to make smaller more slashy turns around the mountain.

Speed: The speed on this board was great. It comes with a sintered base. And even though it is the softer flexing board out of the Season line, it still stayed stable at higher speeds.

Off Piste/Trees: I enjoyed this through trees and off piste when I was riding powder. It handled well. It wasn’t my favorite when the snow got hard to try and turn through tighter spots or moguls. I preferred to just take a more direct line through chunder and choppy snow, instead of try and turn through it.

Powder: The Nexus floats quite well in powder. It has a directional float with the added rocker in the nose, as well as the directional shape and taper. The wide waist width comes into play here, helping to float on top of deep snow.

Switch: Although it is directional, you can ride the Nexus switch. It feels a bit off but not as much as you would think when looking at the shape. The tail is well off the snow, making switch feel less weird on a directional board.

Jumps: The Nexus is a freeride type board but also has this hidden playful personality. It is fun on jumps and side hits. It is super stable in the landings as well.

Pipe: I didn’t get a change to take this in the pipe, but I imagine it would be a lot of fun in a spring pipe for making slashy wall turns.

Overall: The Nexus from Season might fit well with an advanced/expert rider who likes a semi-freeride/surfy snowboard. This board does well in a lot of different conditions, and also floats in powder. It would make a great mid-wide to wide board for women out there with a bigger boot size. Or for someone looking for a stable ride that is also a bit flexible that can ride all over the mountain.

We try to get as many images of the Season Nexus, but forgive us if they're not all there.