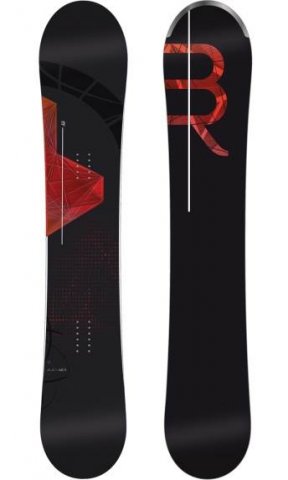 The Salomon Burner is for someone who is a speed junkie and understands very well how to handle a fast board. Salomon is known for their exceptionally fast boards and this is the fastest board in their line up.  It’s been in Salomon’s line-up for years and has a cult following. Its a tapered directional shape and pretty large in size.

Days: 40+
Conditions: Everything from almost icy to 2+ feet of powder
Bindings: Flux SF45, Union SL, Salomon Caliber
Boots: Burton SLX and Burton Ion
Riders: James and a bunch of riders who aren’t on the site.
Set Up- 23″ Wide Set back 18 front 0 back


The Salomon Burner is one of the last remaining camber tapered directional big mountain rides.  Most have gone with some sort of hybrid shape to create better float in powder.

On Snow Feel: The Burner has a tapered feel to it for sure.  It’s a stable turn off the tail kind of board that makes for an old school surfy camber kind of ride.

Turn Initiation and Carving– When it comes to turning initiation we were skeptical of their ghost core.  The old ERA construction with a minimal core in the center to make it easy to turn wasn’t all that.  The ERA boards were still tough to turn at low speeds if you were in their suggested riding weight compared to other boards.  The new Ghost Tech is far better.  It makes the board incredibly softer and easier to turn at low speeds.  It is also pretty easy to turn in tight situations like in trees or steep chutes but you have to watch the speed. The tail is a little bit washy but in good conditions, you can lean way down into a nipple scratching carve.

Powder: This board also performs very well in powder.  It has a big setback and a decent enough taper to float very well even though it’s cambered.   You are not going to feel the speed that you will on groomers, but you feel the board keep its momentum.  We compared this board to the Capita Charlie Slasher Pow FK and were surprised to see that a flat kick 164 is just as tall as a Cambered 166 board.  We also noticed that this had a similarly wide and long nose as a powder board.  On the one powder day we had on this board we had the bindings set as close to the nose as possible.  It still did very well in powder and there was minimal rear leg burn.  It still doesn’t have that effortless feel that many hybrid tapered shapes do but it’s pretty good for camber. Some might just call this great compared to many hybrid shapes but old schoolers will still consider this an excellent ride in powder.  The burner has a great old school camber ride.  It’s easy to turn off the tail and surf powder.

Speed: This board has a new type of tech that we think has to do with the dampening of the side walls and the ghost core tech.  This has the same type of speedy base as the Salomon XLT where it just keeps building momentum. Because of its larger size, it actually has more momentum and is in our opinion the fastest board in Salomon’s line.   Where this board stood out was it’s an incredibly fast base.  Not only does it build up momentum, but the board is chatter free.

Uneven Terrain: Normally as the day progresses with Salomon and the conditions get chopped up, the board gets angry.  We call this reverse chatter and it’s hard on your body.  It’s just the opposite of the board at high speed.  It feels like a car with really stiff shocks that punishes you on a commute but shines at a race track. Salomon did a good job by making this board exceptionally fast but still offering up a good ride when the conditions are slow.

Approximate Weight– This board seems on the light side of normal for its size.

Edge Hold: Like all tapered boards they don’t have the best edge hold when it comes to hardpack conditions, but out of all of the similar boards we tried it did very well.

Flex: The Burners from 2010 up are much softer than the old super stiff models.  We would say it used to be a 5 out of 5 but now it’s closer to a 3 or maybe even less.  What is weird about this change is it didn’t lose any of its crazy speed or dampening. It’s no board for buttering but it just feels more forgiving on the body when conditions aren’t ideal. It acts more like a shock absorption layer.

Jumps: Not very good in the park but great for a method off a natural hit.

The rest of these categories are not really applicable for the Salomon Burner.  This is a very specific board to big mountain and if you take this on a rail we’ll come to your house and take it away from you.

We try to get as many images of the Salomon Burner, but forgive us if they're not all there.