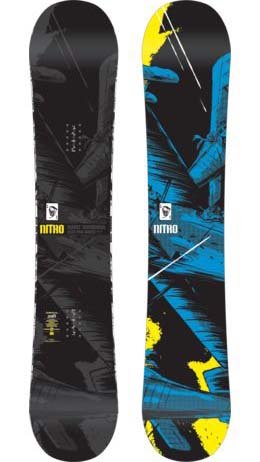 The Nitro T1 with Zero Camber is relatively new to Nitro’s line and compared to the old T1 Camber that has been one of Nitro’s top-selling boards.  Usually, we find Zero Camber to be pretty fun when it comes to an Ollie and good in the park. This was an OK park board but we were a little surprised to find it be pretty lifeless on an Ollie.

We actually Rode the Anton Gun T1 Series so take this with a grain of salt.

Flat Camber is either loved or hated so we can’t recommend this to everyone but for some, this could be the call.

The turn initiation is different from the Zero compared to the camber.  It’s easier to make quick turns but not as fun to make wider or carving turns as the camber. It’s also a little dull edge to edge.

The Zero is borderline excellent when it comes to rails because of the flat camber and pretty soft flex.

We found this ride to just be ok with everything it did except for rails.  Still, most of us would prefer to be on a board with a little more life if we were looking for an all around park ride.

This was a well built and pretty sturdy board so we feel if you like the Jib park and street this might be a good board for you.

We try to get as many images of the Nitro T1, but forgive us if they're not all there.