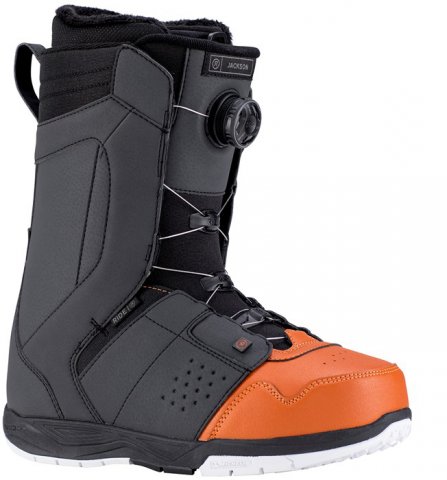 The Ride Jackson BOA isn’t a bad boot for the price. Ride has been doing BOA for a few years now.  Some love and some hate single BOA so it’s up for you to decide.  If you like an easy lace up then Single BOA will work.  If you like your upper and Lower tightened differently then Single BOA won’t work for you. The Jackson BOA isn’t going to light a fire to the snowboard world but it can work for a beginner/intermediate rider who wants easy lacing and wants to push it to the advanced or expert level.  Ride boots are reliable and well built.  Every foot is different and they do their best to make a liner and shell that can adjust to different types of feet.   All in all the Ride Jackson is good for someone looking for a mid flexing all mountain boot  There are a few changes in the 2012 Jackson BOA.  The Lacing system has reduced pressure on the feet when tightened and the boot is overall a bit more comfortable. Aside from a few minor tweaks the 2014 Ride Jackson BOA is pretty much the same general ride and feel.

We try to get as many images of the Ride Jackson, but forgive us if they're not all there.