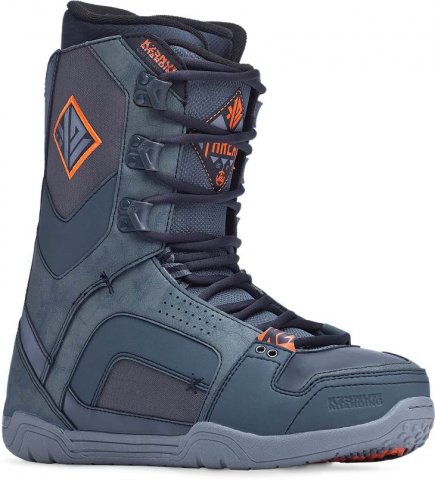 The K2 Threat isn’t a bad entry level boot for someone looking to do better than just a step above renting.  Despite its lack of reduced footprint, it’s got a well built, comfortable and forgiving ride to it.

Reduced Footprint: Nothing going on here and it runs a bit on the bulky side.

Flex:  Soft easy flex that has a little response but also makes the ride very forgiving so you can learn more how to do different things without being super precise. It’s also great for those that like more of a park ride.

Comfort:  Very comfortable for this price range and even for a higher end boot.

Adjustability: If you learn a mountaineers knot you have a lot of adjustability between each upper rung and the lower rungs. It’s slow going though many still prefer traditional lacing.

Flex Retention:  It doesn’t last super long but it will hold up well enough without becoming a noodle at the end of the season.

Response:  Not to responsive but it’s forgiving.

Shock Absorption:  Not the best in K2’s line but it’s pretty good for the price range.

We try to get as many images of the K2 Threat, but forgive us if they're not all there.