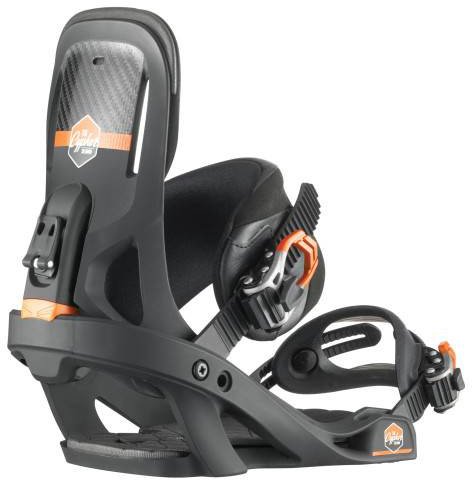 The Salomon Cypher is kind of a do all binding for those that like a low profile base plate and a skate-like feel but still want a stiffer, aggressive binding like the Chief. It’s not for everyone but for some it could work.  I’d call this a chief with a lesser base plate.

Comfort: Pretty comfortable ankle strap and the toe strap fits around most boots well without any collapse.

Buttering: Not super good here and it could use a little modern flex tech to reduce the dead spot underfoot.

Ratchet System: Nothing special and nothing bad.

Shock Absorption: The base plate is missing the shock absorption and a little of the response that the Chief has, but it’s still up there.

2013 is the call over the 2012 thanks to the bigger asymmetrical strap that makes for a better ride. I’d like to see it be a little thinner in the middle but it’s not bad.  The new toe strap has a better fit as well.

We try to get as many images of the Salomon Cypher, but forgive us if they're not all there.