The Olympus TG-850 is not a bad camera for the price range and for those that want a waterproof camera/video camera for lots of things but also like to have a wide angle for snowboarding.  This isn’t really my line of review work but here is my non-technical snowboarders perspective of this camera.

I do need a camera for on snow reviews and I’ve tried many.  Recently I’ve had the Sony TX-30, Sony TX-20, Panasonic HDX-WA03, and the Panasonic Lumix DMC-TS5A and this was the one I chose.  I chose this not for its video or picture quality but just because it’s waterproof and has a 21mm wide angle lens which doesn’t seem wider but it is.  Here are a few examples.

I didn’t really care about the pivoting display but it did come in handy a few times.

Picture Quality– Not really something that I did too much with but it does seem to take decent pics in the highest settings. I’m not an expert but I can see that it’s not as crisp and clear as the Lumix TS5 I owned. I’m mainly using this for video though but I like the wide angle. Unfortunately, these images are optimized to load quickly so it’s hard to gauge the true quality but it does show how much wider a 21mm lens is vs a 25mm lens. 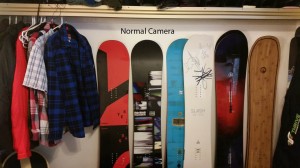 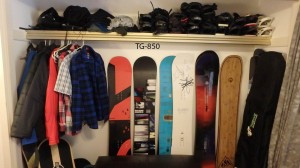 Video Quality– So the video quality isn’t as sharp and well defined as the Panasonic TS5 or other cameras I owned and that video was about the best I’ve found in a compact camera. It also doesn’t handle low light as well but it does allow me to get much closer to the gear we are reviewing and that allows me to get better sound without having to fumble around with a second mic on the mountain. Here is a comparison to show the wide angle indoors. As you can see the quality is not as good as my Samsung Galaxy S5 but the angle is very wide.  You will see that the video quality is better outside when you see this on a few video reviews for 2015.

It can also mount on a monopod and cover a lot of you. It wouldn’t be bad for filming your self-riding but it would be better for filming friends so you can film from a greater distance than most ultra wide angle action cameras.  Here is a comparison of the Drift Ghost-S vis the TG-850

So, for now, this isn’t a bad camera for what I’m doing but seeing the difference in video quality between my phone and this I might just get a wide angle lens for my phone camera. The only issue is the TG-850 has wind noise reduction where the Galaxy S-5 doesn’t have that.

We try to get as many images of the Olympus TG-850, but forgive us if they're not all there. 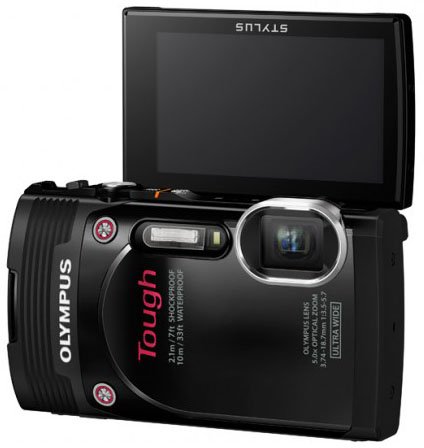